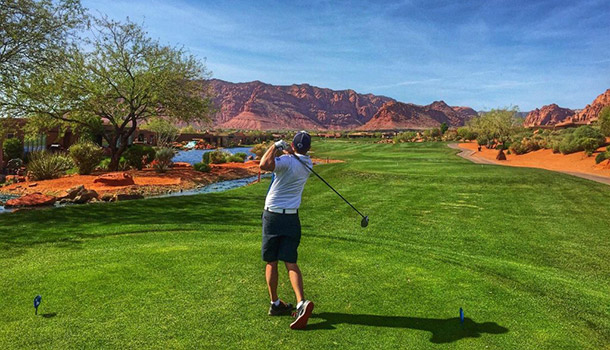 As Ian devastates Florida, storm weighs on minds of many at Sanderson Farms

Many Tour players are currently hours away in Jackson, Mississippi, at the Sanderson Farms Championship, but their hearts are back home.

Four birdies in his final eight holes resulted in a first-round 5-under 67 that left Matthews a shot back of the lead.

Rory McIlroy, Billy Horschel and others will be teeing off in a shotgun start on Friday.

Rory McIlroy starts hot at Carnoustie, cools off in first round of Dunhill Links

Rory McIlroy could only manage one birdie to go along with two bogeys over his final seven holes, resulting in a 4-under 68.

Tommy Fleetwood might have missed The Open, but he made up for it with a once-in-a-lifetime shot at the Old Course on Wednesday.

The PGA Tour responded Wednesday to the antitrust lawsuit filed in U.S. District Court last month with a 71-page motion.

Wednesday ahead of the Dunhill Links Championship, Rory McIlroy said that the PGA Tour and LIV Golf circuit should form a truce.Â Â

Just days after being a part of Team USA's Presidents Cup triumph, Sam Burns celebrated modestly at home and was left alone.

A year since his first time in contention, Sahith Theegala 'as free as I can be'

After making the Tour Championship, Sahith Theegala is looking for a full-circle win this week at the Sanderson Farms Championship.Â

One of world's top developmental tours shuttering at year's end

The U.K.-based PGA EuroPro Tour announced Wednesday that after 20 years this season will be its last.

Back To The Top Of The Page